The Sierra Fund > About > Board and Staff > Alison Harvey, Secretary 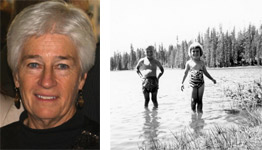 Alison Harvey, Board Secretary, is the Director of Governmental Affairs for the United Auburn Indian Community, a federally recognized California tribe comprised of Maidu and Miwok Indians based in the Sierra Nevada foothills in Auburn. The UAIC owns Thunder Valley Casino and several other enterprises, which provide resources for the tribe’s school, housing, health, elder care and other vital programs. Alison directs the tribe’s federal, state and local government relations and legislative affairs.

Prior to working for the UAIC, Alison was the Executive Director of the California Tribal Business Alliance, a coalition of seven California Indian tribes that operate gaming facilities under the terms of tribal-state compacts.

Ms. Harvey had 23 years of experience in the California Legislature, where she served as chief of staff to Senate President pro Tem John L. Burton, a position she held from when he assumed the leadership position in 1998 until he was termed out of office in 2004. She was a principal consultant for the Senate Judiciary Committee from 1996 to 1998, and prior to that, she served for 14 years as chief of staff to Assemblyman Phil Isenberg, who was chair of the Assembly Judiciary Committee and a leader in negotiating the state’s annual budget.

Alison and her husband Dave live in Sacramento and are lifetime river enthusiasts.