There are 47,000 abandoned mines and mine features in California and hundreds of state water bodies that are mercury-impaired, primarily due to legacy mining activity. The physical and chemical hazards that remain from the Gold Rush era continue to impact ecosystems and communities today.

The Sierra Fund (TSF) has consistently fought for policy reform to ensure that modern mines are in regulatory compliance during operation and are reclaimed for beneficial use once mining has ceased. In addition, we advocate to protect water quality from mercury discharges related to mining activities, such as from abandoned mines and suction dredge mining in and around California’s streams and rivers. 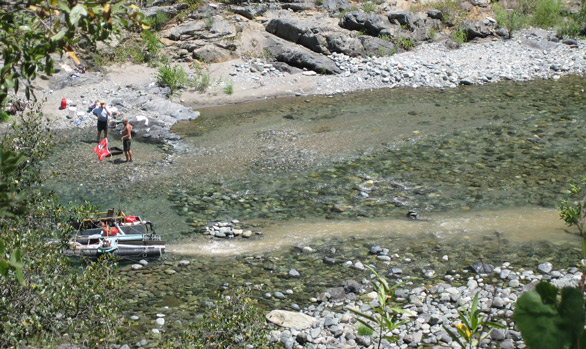 In 2016, Governor Brown signed into law a pair of bills that represent the most significant reform to the Surface Mining and Reclamation Act (SMARA) in a generation. TSF participated in the Governor’s stakeholder process and sponsored SB 209 (Pavley), which along with SB 1142 (Gray) improved reclamation plans, financial assurances and annual inspections for surface mining operations.

In 2015, Governor Brown signed SB 637 to protect California’s water supply, wildlife and cultural resources from the damaging effects of suction dredge mining.  TSF sponsored and successfully advocated for this legislation, which requires that suction dredge mining be permitted by the State Water Resources Control Board under the Clean Water Act.

TSF will support implementation and enforcement of legislative reforms to SMARA. We will defend the law from efforts to weaken its protections, including ensuring that open-pit metallic mines are appropriately remediated to a beneficial use.

There are 47,000 abandoned mines and mine features in CA. 67% are on federal land and 10% present chemical hazards, including mercury discharge, which impacts more than 200 water bodies across the state. Mining interest fluctuates based on the price of gold, which is currently >$1,200 per ounce.