Tours to Sierra watersheds are an important way that The Sierra Fund works to raise the region’s issues with regional, state and national leaders.

We believe that spending time to visit our communities, State Parks, abandoned mine sites, or rivers is the best way to communicate the challenges and opportunities of the region. 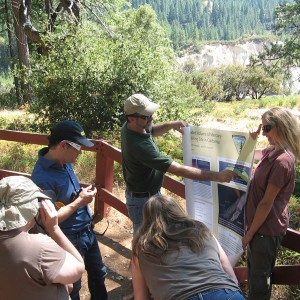 Since 2001, we have led dozens of tours of the region, many as part of our work to assess and address legacy mines.

Some notable guests on recent tours led or co-hosted by The Sierra Fund include: