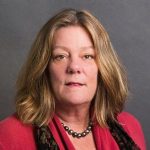 On September 20, 2016 The Sierra Fund’s CEO Elizabeth “Izzy” Martin traveled to Los Angeles to be honored as one of eight leaders who were awarded this year’s California Wellness Foundation Sabbatical Award. This is the second leadership award that Martin has received in the last year. In early 2016 she was one of five […]