The Sierra Fund is supporting two bills authored by Senator Fran Pavley in the current legislative session, SB 1270 and SB 1259. SB 1270, the Surface Mining and Reclamation Act (SMARA) Reform Act of 2014 was held in the Senate Appropriations Committee without enough votes to muster passage, making the bill essentially dead for the year. SB 1259 Sedimentation Studies has moved to the floor of the Senate after unanimously passing both the Appropriations and Natural Resources Committees. This bill requires the Department of Water Resources (DWR) to gather data to study the loss of storage capacity behind California dams resulting from sedimentation. 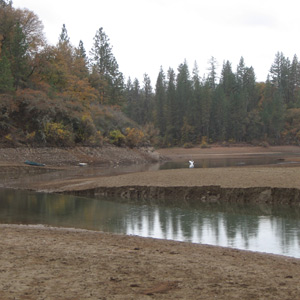 Senator Fran Pavley, Chair of the California Senate Natural Resources Committee, has introduced SB 1259, a bill that if passed and signed by the Governor would: Require the Department of Water Resources to gather data for review of the loss of storage capacity behind dams resulting from siltation; Require that siltation studies include an evaluation […]